St. Nicholas Park
Back to Search

This spacious park is named for St. Nicholas of Myra. It is located at the intersection of St. Nicholas Avenue, 127th Street, St. Nicholas Terrace and 141st Street, bordering the Manhattan neighborhoods of Hamilton Heights, Manhattanville, and Harlem.

Like Harlem’s other “ribbon parks,” St. Nicholas was built on a rugged mass of rock, following the steep and irregular topography of northern Manhattan. Landscape architect and Parks Commissioner Samuel Parsons Jr. (1844-1920) was responsible for the design of the rustic park, of which he said a “dominant note must be followed with a harmonious treatment, a high hill made higher, a rugged slope more rugged, a deep valley made deeper, thus invariably following nature’s lead.” 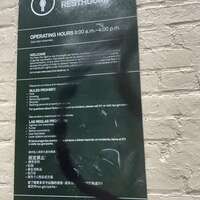 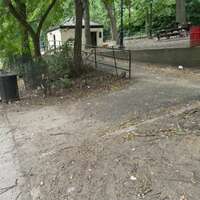 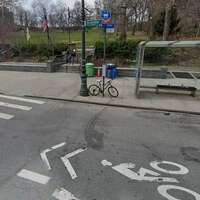